Anthony Joshua and Tyson Fury not fighting at least once in the UK would be ‘a shame’, says Eddie Hearn “Hopefully we can just make sure that if Anthony Joshua can beat Kubrat Pulev on December 12, then the path is clear for AJ against Fury in 2021.”Asked if the Joshua vs Fury schedule could become more complicated, Hearn said: “If the legal action rumbles on, because ultimately after that fight with Pulev, we want to be in a position to say ‘This is the fight for the undisputed’.“Get the sanctioning in place and obviously you’ve got [Oleksandr] Usyk now standing in the wings, saying ‘Once that Pulev fight is over, I want to be called as mandatory’.“That’s just going to be another issue that we’re going to have to deal with. Hopefully, they can resolve whatever problem – who is right, who is wrong. That’s the job of the arbitrators and the mediators, and good luck to them.” Fury drew with Wilder when they first met but overcame the American when they fought for a second time in February, and it has been previously reported that the heavyweights were contracted for a third and final fight to complete the trilogy.The ongoing dispute over a third fight could disrupt plans for an undisputed world title clash between Fury and Anthony Joshua, according to promoter Eddie Hearn. Unified champion Joshua will face IBF mandatory challenger Kubrat Pulev on December 12, live on Sky Sports Box Office, but Hearn is unsure whether Fury can still press ahead with a blockbuster battle next year.He told Sky Sports: “We try and avoid the mess, and keep discipline and focus on what we’re doing, and the path for AJ has always been clear, with the ups and downs of the Ruiz fight, and getting that rematch over the line.“But we know what we’re doing. December 12, it was announced probably eight weeks before the fight, we’re focused on the victory.“That’s their [Fury and Wilder’s] business, it’s a right mess either way, and it’s not going to resolve itself any time soon. 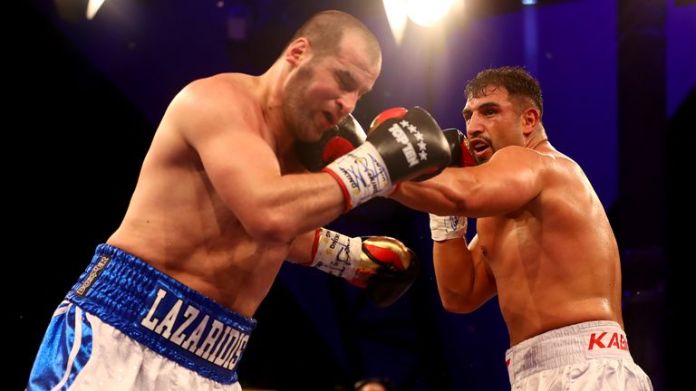 DT: Were the candidates’ performances in line with expectations for tonight?I think Romney outperformed what a lot of people expected. I think Obama was a little bit flat and underperformed. But I think his supporters may have been more optimistic because he is such an eloquent stump speaker. That doesn’t necessarily translate to great debating skills. Those are different kinds of speaking styles. But nonetheless I think people thought that would play into his debate performance. President Barack Obama and Republican presidential candidate Mitt Romney faced off during the first presidential debate at the University of Denver on Wednesday night.Communication Professor Tom Hollihan, an expert in political debates, analyzed the candidates’ performances in the domestic policy debate. DT: What do you think the two candidates should work on going into the next two debates?TH: I think they’re going to be trying to get Obama to show a little more energy, to be a little sharper and a little less long-winded. I think they’re going to try to get him to be a little more concrete in going after some specific things or flaws in Romney’s positions. I think [with] Romney, they’re going to try to say, “You gave as well as you got in this debate, but you didn’t make the final say. And you have to be more prepared about how to be concrete.”The foreign policy debate, I think, will be an advantage to Obama. This debate was somewhat of an advantage for the challenger because Obama’s most difficult set of facts is the nature of the economy right now. But he’s been so effective with the foreign policy debate that I’d look for that to be an advantage for the president. DT: To what extent do you believe the debate will affect the public?TH: What typically happens in these debates is that a challenger who can hold his own against an incumbent picks up at least some short-term gain in the polls. Whether or not that gain is maintained in days to come is really hard to determine. I think there is going to be some closing of the polls. I think Mr. Romney is going to see some advantage. But I think it will not be at all clear that he will hang on to that in days to come. DT: Did the debate raise any new issues in the campaign?TH: No, I don’t think there was much of anything new. It seemed to me that Obama tried to play the debate strategy very conservatively. He did not go on the attack. He really avoided issues like the Bain Capital or the exporting of jobs, he didn’t mention the 47 percent statement. He seemed to play a very conservative strategy. And Romney was much more in control of the emotional dimension of the debate, taking the attack directly to the president, being sharply critical of the president’s positions. I think that was the much more defining characteristic. I don’t think there was much substantively new in this contest.

Daily Trojan: Did voters learn anything new about the two candidates from the debate?Tom Hollihan: I think what they saw was two different visions for how to take the country forward -— one vision that is much more focused on using government as a resource to help people and another vision that is much more reliant on free enterprise and individuals and states as opposed to the federal government.What I don’t think they really learned was precisely what Mr. Romney will do. I think he stylistically did a beautiful job debating and I think he was very articulate at communicating his ideas. He seemed enthusiastic and prepared and ready to be there.I think the one problem was he was unable to be real concrete and specific in terms of how he would achieve these things. I mean, at one point, he was forced to say my view of government is not that you go in with a proposal but that you listen and negotiate and talk to people and that’s what [he] did in Massachusetts. And I think in the days to come, that’s going to be the focus of a lot of the Democrats’ energy and attack –— to say, “He hasn’t really articulated what he’s going to do. He’s walking away from most of the specific commitments during the course of his campaign so far and he isn’t promising exactly what he’s going to do or how he’s going to do the proposals he wants to get to.” DT: Who do you think ultimately won the debate?TH: I don’t ever answer that question in terms quite that stark.  … It’s a matter of which candidate better achieved the objective they have to achieve. And I would give the advantage to Romney on that. I think the fact is the Republicans will be enthusiastic about how well he performed in this debate, whereas Democrats will be more likely disappointed that the president didn’t deliver a knock-out blow. DT: Do you think the audience picks up on that?TH: [With] the immediate audience, it’s always a little bit unclear. What we know about debates is that the partisan voters are likely to go in and find enough reasons to support their own candidate’s position to confirm what they already had believed to be true. Undecideds often don’t even watch the debate so they are more influenced by the spin and the press coverage and conversation with their pals following the debate.

An excavator mechanic was remanded to prison on Tuesday by Chief Magistrate Ann McLennan when heDesmond Rigbyappeared at the Georgetown Magistrates’ Courts charged for possession of cannabis.Thirty-three-year-old Desmond Rigby of Sophia, Greater Georgetown, is accused of having 173 grams of cannabis in his possession for the purpose of trafficking, within the vicinity of the Cuyuni River, in Region Seven (Cuyuni-Mazaruni).He pleaded not guilty to the charge. Police Prosecutor Neville Jeffers told the court that on the day in question, the defendant was found with a blue Haversack which contained the leaves, seeds and stems suspected to be that of cannabis.Jeffers further told the court that the accused was then booked and charged for the offence.It was while in custody, Jeffers stated, that Rigby confessed to the offence, stating “Officer this is me own I just going and drop off this fine shipment.”The unrepresented man was remanded to prison by Chief Magistrate McLennan and the matter was transferred to the Bartica Magistrate’s Court. The matter will be continuing on June 9.